What Cigars Did Milton Berle Smoke?

Two-time Primetime Emmy winner Milton Berle (born Milton Berlinger) was an American comedian and one of the first television superstars. His career as a television personality and comedian lasted for about 80 years. He landed his first gig as a comedian at the age of 13.

Besides being known for his bravery, his comedy, and his onscreen personality, Milton Berle, a.k.a. Uncle Miltie, was also widely known for his love for cigars from a very young age.

What Cigars Did Milton Berle Smoke

Landing a comedy gig wasn’t Milton’s only first at the age of 13. He also smoked his first cigar then. This exceptional cigar was a Cuban by the brand H. Upmann. H. Upmann is one of the oldest cigar brands selling premium Cuban cigars for over 100 years. Imperial Brands, a British corporation, now own the company. H. Upmann wasn’t just Milton’s first cigar but also John F. Kennedy’s favorite brand of Cubans. 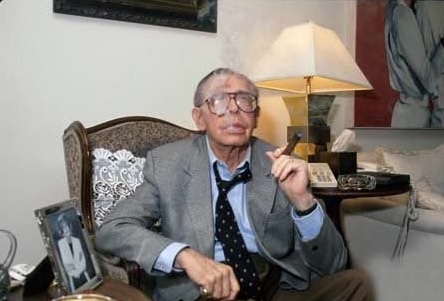 The reason Milton got hooked to stogies was not only how it tasted but because he was inspired by his favorite on-stage comedians, all of whom held cigars to their mouths while on-stage. That was a massive push for Milton, and he never put down the cigar after that.

H. Upmann is known to be Berle’s favorite brand of sticks. That comes as no surprise because Milton was not the only one obsessed with these stogies. He encouraged his friends to sample cigars as well. Some of them converted; others may not have.

Besides the classic H. Upmann cigars, Berle was also known to have smoked El Ray Del’s. These were also Cubans and were some of the most expensive sticks at one point in time. However, people started preferring more pungent tastes with time, and El Ray Del became an option for beginners.

El Ray Del cigars come with the signature spicy almost sweet taste of Cubans. Their flavor is exceptionally well-known. Founded by a German businessman, El Ray Del is a brand known for its elite fan following and prestige.

Milton has also talked about buying his sticks from a store called ‘I & Y Cigar Store’ in America. However, which brand he preferred at the store is unknown, most likely a mix of Dominican and Cubans.

Milton’s taste for branded, premium products is no secret from anyone he hated the cheap cigars and thought it would tarnish his reputation.

Did Milton Berle Ever Stop Smoking?

However, life took a strange turn for Milton when he found that his wife Lorna had developed nodules on her throat and could not be anywhere near him when he sparked up a stogie.

That meant that Milton could no longer smoke a cigar with his wife in the same room. However difficult the adjustment may have been, Milton did go through it even if he talked about it sarcastically.

It is a well-known fact that stogie smoke is not to be inhaled. However, that does not make it anymore safer than a cigarette. Cigars can still cause mouth and throat cancer. If inhaled, the smoke can cause harm to your lungs, heart, and respiratory organs as well. Unlike what most people believe, cigars are no better than cigarettes in terms of health and fitness.

Uncle Miltie was a lucky smoker. He lived a surprisingly long life and only had an encounter with cancer a year before his death. However, his death was not caused by any cancer. Instead, he died a natural death at the age of 93.

That’s not something you see very often with chronic smokers. Not many live to see 93, and not many smokers escape the related health conditions. But Uncle Miltie managed to beat the odds and lived life to its fullest, with his pockets full of his favorite cigars.

What Cigars Did George Burns Smoke 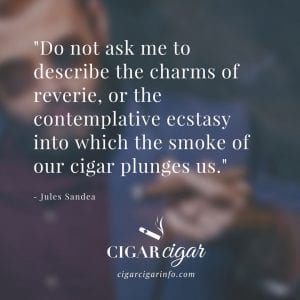